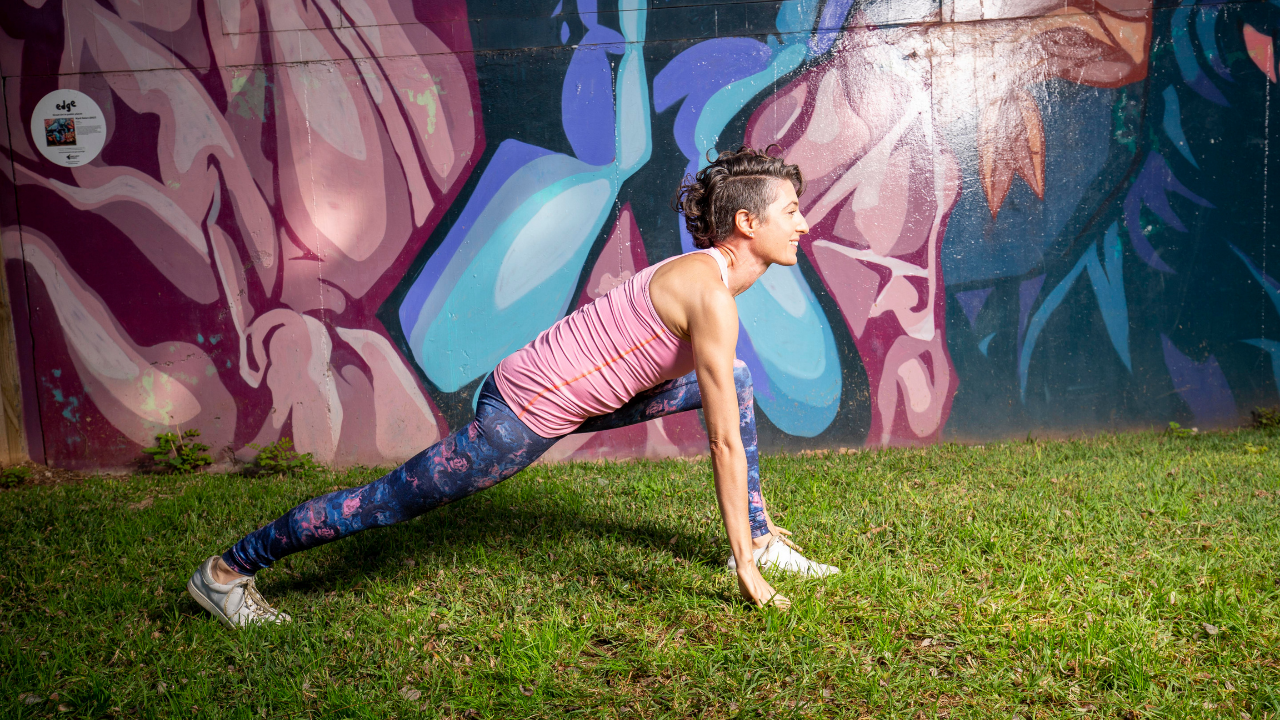 One of the four pillars of being empowered through the body is to feel good in the body. If you don't feel good in your body, it's not impossible to be empowered, it's just a whole lot harder. So what's the easiest way to feel good in the body? The body has needs. It needs sufficient sleep, it needs nutritious fuel, it requires community/social interaction and it needs to move - and move regularly. In the Paleo Solution, Robb Wolf distinguishes these as the four pillars of wellbeing.

Let's focus on movement. Let's face it, lockdown has not been kind to our bodies' habitual ways of moving. Our incidental step count from walking to the car, to the office, or running to catch the train, disappeared when working from home and perhaps we got too cozy with the couch.

One simple solution to not moving is a regular yoga practice. And here's why.

Yoga began as a practice over 5,000 years ago in a geographical region that later became known as India. That is many lifetimes of each generation testing out the practices of yoga and refining them over time. Like anything, yoga has stuck around because it works.

2. Yoga is a wholistic workout

Rolling out the mat and starting a yoga practice not only moves what we think of as our physical limbs, our core and bones, it's also like a massage for all of your internal organs. Gentle compression of these organs in different yoga poses allows for fresh oxygenated blood to flush through those organs.

3. Yoga is not just about being flexible

4. You're only as old as your spine is flexible

These days, everything is forward of the body - we type, we drive, we txt all forward of the body. We look down at our phones and curve the upper back, allowing the chin to jut forward as our head gets heavy. We typically only move our spines forward. The spine can extend backward, rotate in both directions, and move laterally in a sideways motion. A good yoga practice moves the spine in all directions.

5. Yoga goes beyond just the physical

While in the west, we often think of the physical practice when we think of yoga, actually asana (the physical practice) is only one of 8 limbs of yoga as distinguished by Patanjali. The other 7 limbs include practices such as pranayama (breathing techniques) and meditation. Asana was designed to do regularly so that people could sit comfortably in meditation, lessening the pains and niggles in the body. A regular yoga practice increases your wellbeing through the breath, cleanses your energetic body and quietens the noise in your head.

Yoga is a cornerstone for mental health. It's a fundamental practice that is accessible and can be returned to time and time again. The connection to the breath is what makes yoga different. Breath is a 'now' phenomenon and when you place your attention on your breath, you are bringing yourself into the present moment. Being present is where sanity lives.

7. Yoga doesn't have to take a lot of time

I had a teacher who did a salute to the sun and a pose that he felt like doing each day. He had an incredible physique. If you do 5 minutes of yoga a day, you will alter the trajectory of where you are headed. If you're like me and don't want to end up stooped over while walking, then yoga is a great option.

8. Yoga can be done wherever you are brave enough to do it

Online yoga has revolutionised how we can practice yoga. No more swearing in traffic before and after class. No more having to pick out seam-free underwear. Just roll out of bed, roll out your mat and join with a one-click link.

10. There's no top to the mountain of yoga

There's nowhere to get with yoga. You simply show up and do the practice and experience the benefits. You can never fail at yoga. You can fail to show up to the mat, but you can't ever fail in a yoga practice.

You might wonder where I get the self-discipline to show up to the mat. I don't. I create a structure in my life that ensures I show up. Left to my own devices, it's not going to happen consistently. Find a structure that works such as joining other like-minded people in a regular yoga practice.

You will always feel better after a yoga practice.

P.S. Check out our online yoga timetable here and start to feel goooood in your body.