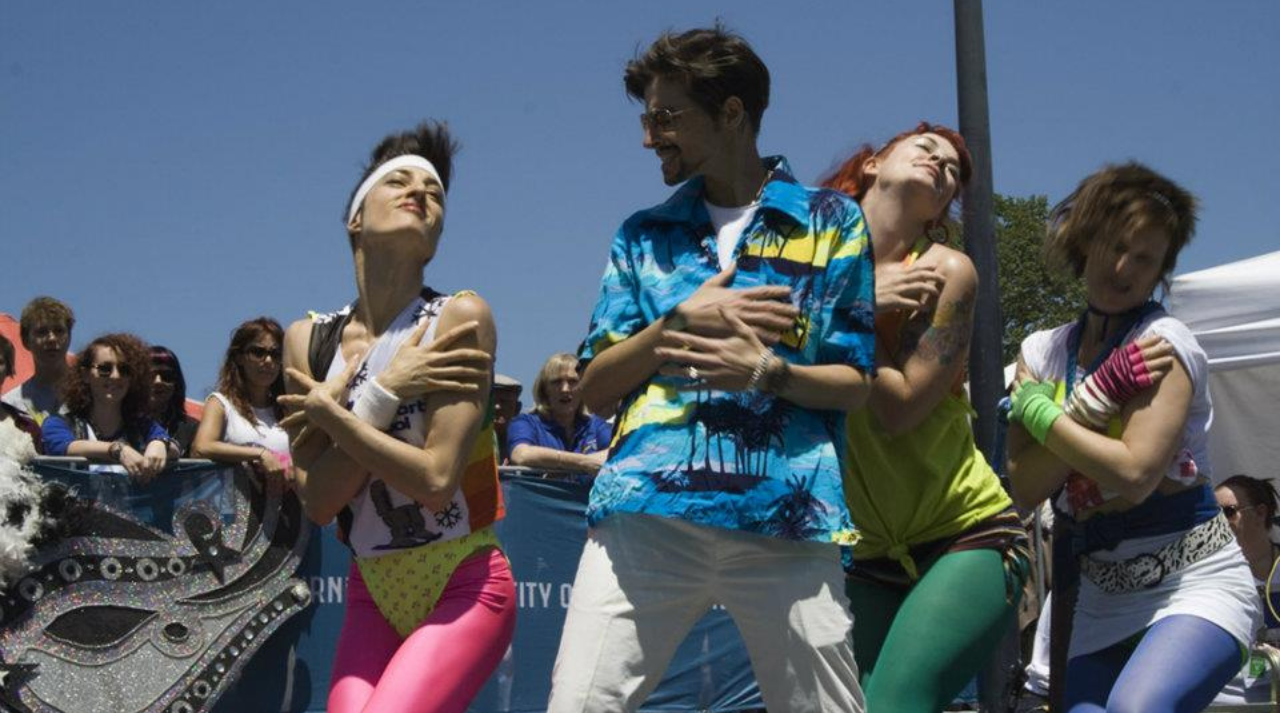 Who's your (Drag) Daddy?

My Drag King apprenticeship really began in the salon chair. Rocco D'Amore was my hairstylist for many years - and my Drag Daddy. We discussed everything from representation in the Drag scene to our jawlines and how we could be brothers. I was there in barber's chair when Rocco appeared on the front cover of the Sydney Gay and Lesbian Mardi Gras program cover in 2010 and surprised partygoers when he stepped out on stage as George Michael, minutes before the real George Michael appeared. Mind-blowing.

I began choreographing routines and performing with my backup dancers for Rocco's more prominent appearances such as 'Wake Me Up Before You Go-Go' at Midsumma Carnival in 2012 and the Gold Party held at Transport Melbourne.

Being interested in both my masculine and feminine expression, those were my rockabilly days and Rocco invited me to attend a Rockabilly themed event with prizes for the best femme costume. I won 2nd prize, but that's another really great story...

My TEDx talk in 2011 featured a digital story I'd produced at an ACMI on digital storytelling. It was the story of how I outlived my father. I had become my father's legacy. This was my first scary dipping-of-toes into drag for performance and storytelling. I saved some of my hair from my last cut with Rocco and my creative friends helped me stick it onto my upper lip with spirit gum. They even walked with me down the street to the nearest black and white photo booth and stood guard while I posed inside. This first act was terrifying. For my 33rd birthday, I hosted a showing of my digital story, A Gift to the World at Loop Bar at a private party for friends.

Wearing a moustache in public as an AFAB person seems risky and downright terrifying. It's a radical act of public gender fuckery and I wore my first one drawn on while I caught the train out to watch a Roller Derby game a year earlier. I was peaking, terrified of being bashed or harrassed on the train (which had happened in my 20s when I was at my most gender non-conforming).

Then, one day, Rocco invited me to be a contestant in a new show she was co-producing with a Drag Queen at Red Bennies, called All Dragged Out. This was my first Drag King performance. I couldn't think of a name, so Rocco suggested I just go with Danny D. [Public service announcement: Please, call me Danica. Not Dani.] It took me 6 years before I had a DNA test and I discovered a teeny percentage of Italian heritage (explaining my entire life experience of resonating with Italian culture and constantly being asked if I was Italian). One day I met an Italian man named Dario and it hit me - that was my Drag King name. Dario came up with the rest of his name quite easily - Dario di Bello meaning Dario The Beautiful.

At my debut Drag King performance, I danced to Timomatic's Set It Off because not only do I love hip hop, I was attending the same hip hop classes with him taught by JD. I won that first Drag competition by audience vote and I still have the trophy, right next to the pink sash I won the same year for a pole dancing competition. And that's how I like it.

We all start out with help from others - whether in person or on social media. Rocco played such an important role both in my life and in starting me on the path of being a Drag King. She has contributed so much to the Drag King scene over many years and showed up time and time again, during an era when Drag Kings were overlooked, under-represented, and often underpaid. I am who I am today because of the care, support, encouragement, and opportunities Rocco gave me. I'll always be a fan of the most handsome Drag King, Rocco D'Amore, and am forever grateful.

Who could you acknowledge in your life today? Say it out loud and let them know the difference they've made in your life. Let's keep lifting each other up. A real King fixes each other's crown.

P.S. Wanna be a Drag King? Sign up for the waiting list for Kings of Joy here