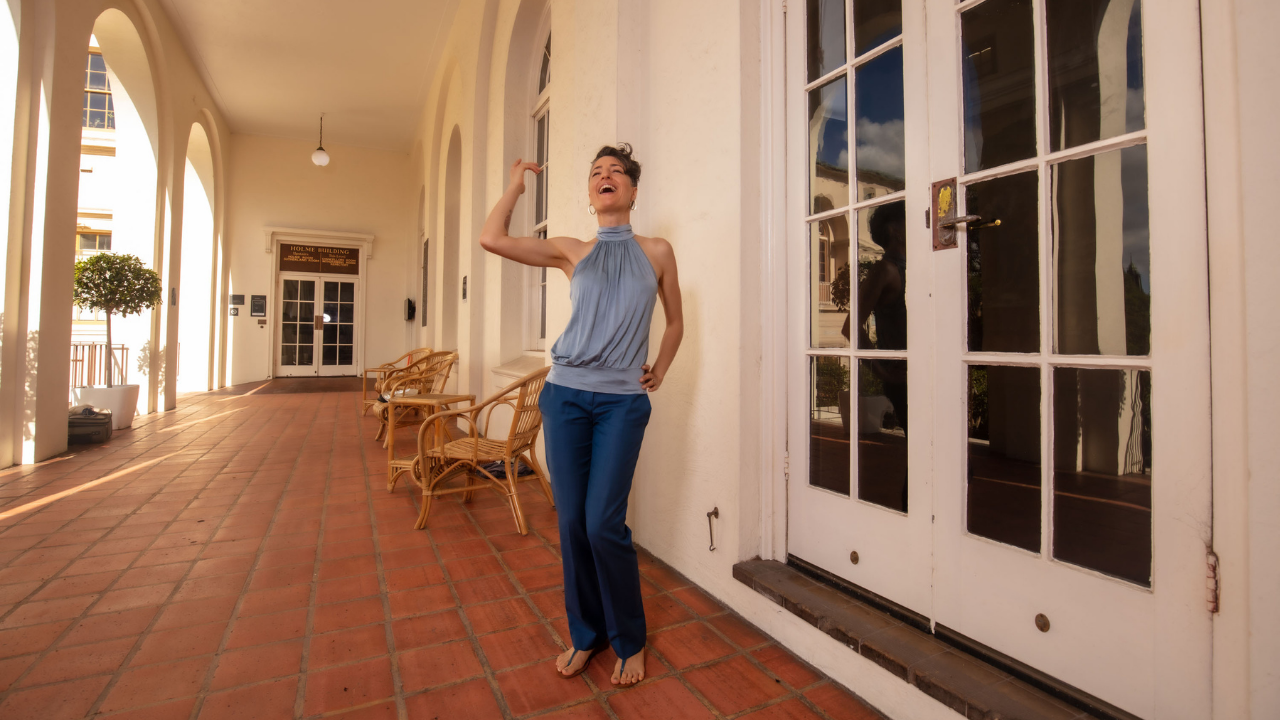 Learning someone's choreography? Don't do this!

I've been a dancer since I was 5 years old. There I was, standing outside the hall, peering in at all the other 5-year-old girls. I don't think I'd seen so many other girls my age in the one place at the one time. I was not going in there. So what happened? The teacher's aide promised me sweet biscuits at the end of the class, so I went in. Yup, sugar started my dance career.

Years later after a 3-year tertiary degree majoring in contemporary dance and trying out many styles of dance, perhaps you'd assume that learning someone else's choreography would be easy for me. Yes, as with many things, the more you do it, the more efficient you become at it. However, it's one thing for me to make up my own dance moves to teach others and it's a whole other thing to learn another person's choreography. Think about it. Those moves strung together, those particular pathways of moving through space, make sense to that person's brain. That's why they move that way. It makes sense in their body. It doesn't automatically make sense to anyone else's brain and body. When we learn someone else's choreography, it can take time for those shapes and movement pathways to make themselves at home in our own bodies.

So what are some of the things that can get in the way of learning someone else's choreography?

Trying to be like them vs finding your own expression

We start learning choreography by copying the other person's shapes and movements. This is a great place to start. However, you can get stuck there if you attempt to move and look like that person. The aim of the game is to take those moves and find the way that they feel at home in your own body. And then add your own expression. The moves are simply the mechanics, but energy is the currency in dance and performance so bring your own flavour to it. The one exception to this practice is if you are instructed otherwise by your choreographer. Who knows, you might be re-enacting A Chorus Line and need to all look symmetrical!

Being in your head

Being your head ie. trying to figure out the moves in your head for too long will slow you down. At some point in the learning process, you'll need to let go and give this job over to your body, not your head. When you do, your body will remember the moves for you. It's like when you've rearranged the furniture in your bedroom. In the middle of the night, you might bump your shin on the corner of the bed because you're not used to it being there. But sooner or later, your body remembers to avoid that corner and to move around your room in new pathways. It's the same for choreography. You're learning new movement pathways.

Doing it too fast. Slow it down.

If there's a move or sequence you just can't get, it's likely you're going through it way too fast. Slow it down. Practice the moves without the music and break each move down into micro-movements. Go through it slowly, slowly, until you become a little more familiar and then you can speed it up a little at a time. A similar phenomenon happens when people learn how to play the piano. We often have a tendency to want to go fast to demonstrate our prowess. The key is to go slowly as your fingers are learning where to go on the keys and in what order. Slow it down until it becomes familiar, then you can try it a little faster.

Let's be honest, it sucks being a beginner again at anything. It can feel really uncomfortable and sometimes we don't want to admit that we're not keeping up - especially in a group. The truth is, choreographers, want you to feel good in their choreography. If you have a question about the finer details of the movement, take a deep breath and ask it. It's very likely it will clear something up for someone else too.

So what can help us when we are learning new choreography?

Make repetition your new best friend. We all have different ways of learning and remembering and processing new information in the brain. You might find you learn best by copying and doing. Or other modes of learning such as watching the video or writing notes next to the lyrics on a piece of paper works best for you. There is no right way. When you find a way that works, repeat it over and over until you feel confident in the moves.

Similar to repetition, but drilling the routine in other words, doing it over and over again, is a great thing to do in the group with all the bodies in space. Not only do you want to individually remember the routine, but you also want to develop spatial awareness and bonding with the other humans around you. This is what takes a routine to the next level - the connection within the group. Practice being aware of other people around you and your interactions during the routine.

Elite athletes often use the technique of visualisation to increase their performance. The same is true for learning a performance routine. Lie on the couch, close your eyes and visualise your routine - both yourself and others moving through the routine. You can play the music and visualise the routine while you're on the bus or walking around the park.

If you find yourself constantly forgetting one piece of the routine or stumbling over how to get from here to there, creating a narrative can work wonders. This narrative can be your own private story about where you are and what you're doing at any time in the performance. Perhaps one move reminds you of getting out of the car. So you make up a little story from there. "I get out of my car and take a little walk down the street, but oh! I forget my umbrella so I take a step back, reach for it and open it up." Oftentimes the lyrics can provide a prompt in your narrative. In Miss You Much, Janet Jackson says, "I'm rushing home, just as soon as I can. I'm rushing home to see your smiling face, to feel your warm embrace that makes me feel so g-g-good." Use the moves to act out these lyrics and remind yourself of what comes next.

There's a saying in the dance world, told to me by a wonderful friend and fellow Mardi Gras dancer, Will. In group performance, there's no such thing as a mistake, only a solo. So commit baby! No one in the audience will know.

What tricks and tips have you discovered that have made learning choreography easier? Share in the comments below.

See you in rehearsal!