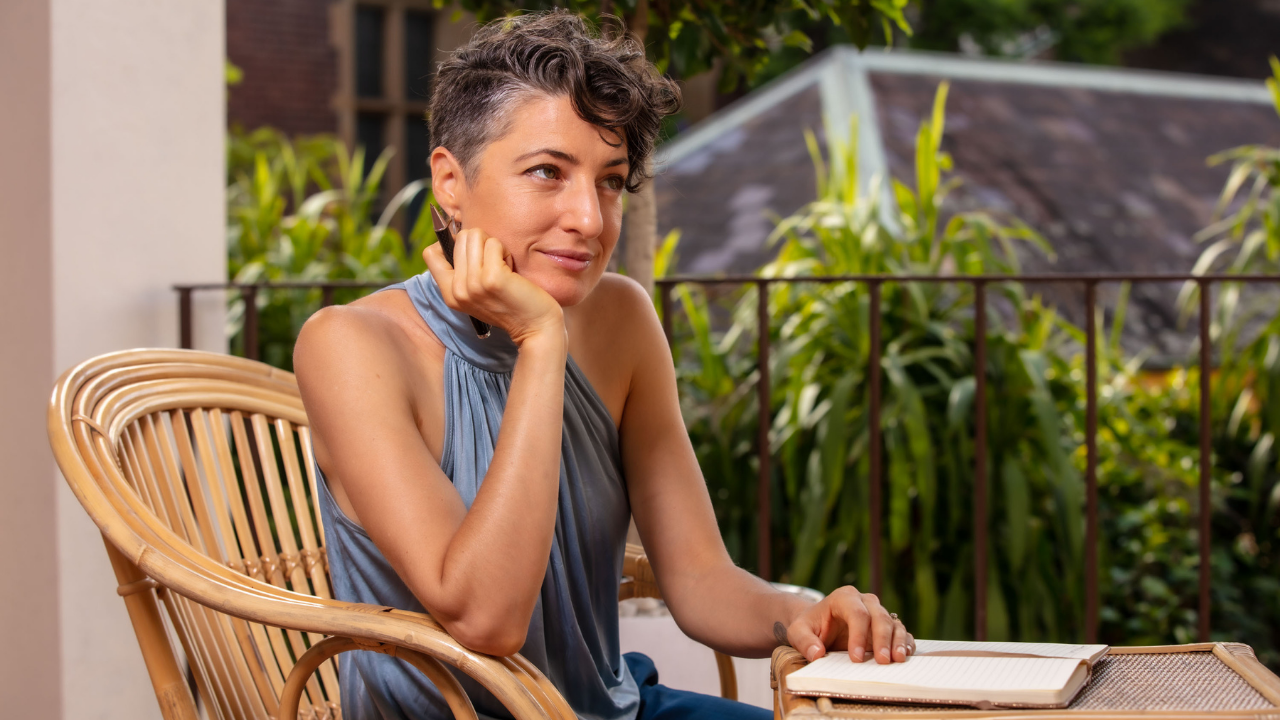 Does fundraising make you a good person?

When I was 16 I was chosen to be in the Miss Victoria Awards in my country town in North East Victoria, Australia. My role was to raise money for a disability organisation and to do some volunteer teacher's aide work with a student who had high needs. I enjoyed this volunteer role, but I was terrified to ask anyone for money. So I raised $0. But I learned that a 'good person' fundraises. A decade or so later, I was still saying I was fundraising, but I was still too scared to ask people for money. My solution? Donate money myself. Avoid people.

One day, I was asked this question: "What do you pretend to be committed to?" An unusual question, but turns out a really useful one. The first thing I thought of was fundraising. I was always setting goals to say I wanted to raise $10,000 for the Gay and Lesbian Switchboard or for some other cause, but I was still too stopped to ask people in any meaningful fundraising and consistent way. Once I told the truth about the fact that I had NO comittment to fundraising - I was happy to donate my own money, but also was happy to leave fundraising up to others, then I was free. I stopped talking about fundraising, I took down all my goals, I stopped wearing my goals t-shirt that said I wanted to raise money. I then had the space to create a new commitment - one that was worthy of my life. So you know what I created? My commitment is that people dance.

And that's when I started my first dance business with my dear colleague Ali Shirley, pilates expert and choreographer. It was called The Silver Bullets and we wore silver and white costumes, with white wigs and false eyelashes and we taught dance workouts from film clips and movies. And the most fun you could have with your clothes on.

I realised that I didn't need to work with other dancers - they were already dancing! I love working with people who don't have a dance background, or people who stopped dancing when they became an adult. Show Ponies was born out of this desire also. We do dance tributes to pop icons. And it's a chance to dance on stage in sequins. Amazing.

Now I've been able to combine my commitment that people dance with my value of making a difference. With the freedom to fundraise and ask people for money, I'm free from doing it to be a 'good person'. Now, it simply aligns with my values and proves that you can have fun and make a difference at the same time.

I've chosen to partner with The Hunger Project for the Show Ponies & Kings of Joy All-Stars Showcase over the last couple of seasons, who works to empower local people in finding local solutions to end cycles of poverty and hunger. Their work has been around since 1977 and many businesses, including small businesses like mine, have partnered with them such as Mecca, Business Chicks, The Gourmet Pantry, The Macquarie Group, Decjuba, Commonwealth Bank, and Bared Footware. You can read more here about why I chose The Hunger Project. You can also watch the video we showed on the night to see their work in action. The Three Zeros is about how volunteers like Tyramike are working to eradicate HIV/AIDS in her community in Africa.

In this last two-week period, The Show Ponies & Kings of Joy All-Stars Showcase raised $720 plus the donations I asked for from my business networking group which raised $1369 for a total of $2089. Maybe this seems like a lot, maybe this seems like not much. What I know is that every bit makes a difference and being a contribution is its own reward in life. Now I don't have to fundraise to look like a good person. It's simply something that aligns with my values and I take action on.

What difference can you make today?